Well! So. That was quite a week, and it ain't even over yet.

On Tuesday, Truth & Salvage released its second full-length album, and started its nationwide 2013-14 Pick Me Up Tour in support.

The band's first-ever gig at the legendary Exit/In in Nash that first night was an incredible way to kick things off, and the in-store love that our buddy Grimey and the Grimey's Pre-Loved Music brethren gave us earlier in the day warmed our hearts immeasurably.

The day after, we found out we had the No. 1 debut album of the week across the Alliance of Independent Music Stores network. The folks who shop stores like Grimey's in Nashville, Luna Music in Indy, Landlocked Music in Bloomington, Criminal Records in ATL, etc. etc. etc. are the biggest and baddest of the biggest baddest music fans in the country, so being at the top of that chart ahead of some other equally worthy artists means the world to us.

Thursday nite in Atlanta was rather raucous in the best of ways, Birmingham stayed up with us til the wee wee hours to rawk, Jackson elegantly spread the love alongside us last nite, and as I type from the bar of the charming Alabama Music Box before soundcheck we're already buzzing about the band's first-ever Mobile show to take place in just a few clicks.

And a few last words about our first radio station visit of the tour. Birmingham Mountain Radio should be on everybody's list of rad online radio stations to incorporate into their ravenous music-listening repertoire (or if you're in Birmingham listen to em on the FM dial at 107.3...although if you're in B'Ham, and you're reading this, and you like T&S, you're probably way ahead of me on this). 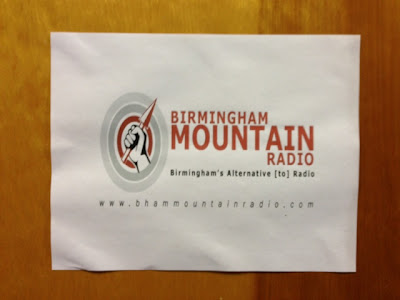 Scott Register was our host at BMR's studio on the premises of the lovely Workplay Theatre. Reg is a damn music industry treasure and when we get to hang with him I always find myself thinking, "What if we had a couple hundred more like him whose knowledge and passion and commitment and good taste just make the whole music community so much healthier?" 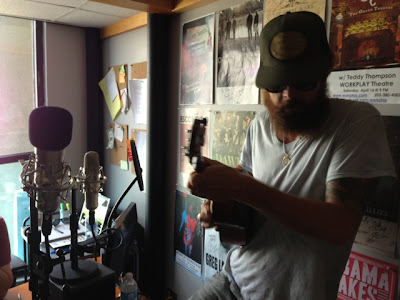 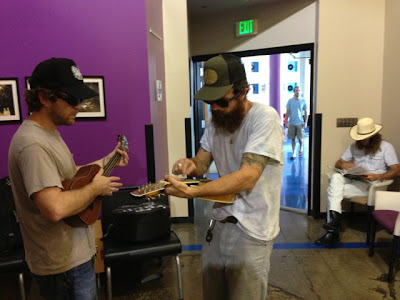 OK maybe I don't say it in those exact words, but, just sayin'...the guy's tastes are impeccable and we'd all be in better shape if really really really good music had a gaggle of ambassadors as staunch as Reg. We mingled thru the crowd at Avondale with Reg while St. Paul & the Broken Bones slayed and filleted us with some supersoul a couple hours before our gig, and a nice solid handful of folks came up to pay their respects to Reg's work, so, that's a good sign that quality music purveyors can get some love these days! 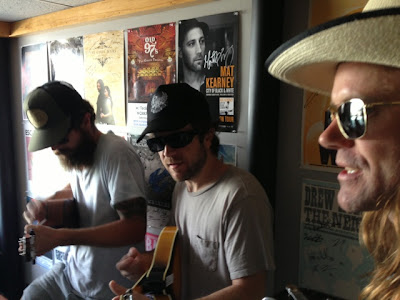 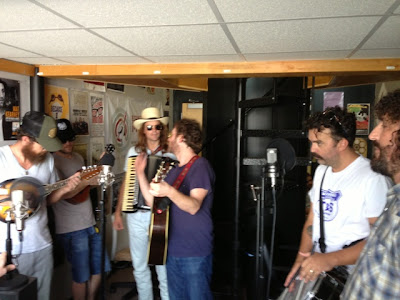 Anyway, thanks for readin', and if you are indeed reading this you've probably picked you up Pick Me Up, too, so thanks for that as well...and, listen to this:  http://bhammountainradio.com/