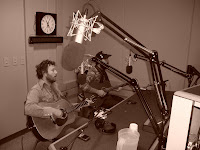 WEXT 97.7, in Troy New York, offered a opportunity to do an in-studio show. Chris and Dave were great to work with and we did an acoustic version of Jump the Ship, Pure Mountain Angel, and Callback.

It's always fun to do these radio shows... this one should be airing in the next few days. Tune in. 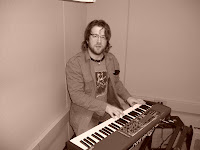 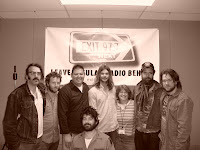 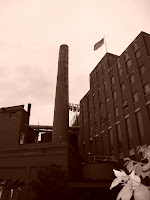 That night we drove to Utica New York to open for the Black Crowes at the Saranac Brewery. This is an old brewery complete with antiques...including PT Barnums original desk, a clock valued at over a million bucks, and more. The building reminds me of something out of a horror movie...lots of hallways and creaky doors. 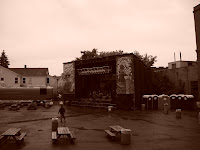 This was a small show with only 1000 special people...and most of them were there for our set. It rained a lot while we played and the audience didn't let it bother them a bit. Great crowd and great fans! Thanks to everyone who made that night very special. 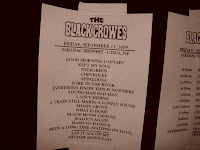 The Black Crowes kicked ass as usual. We snapped this photo so you could see what they played that night. 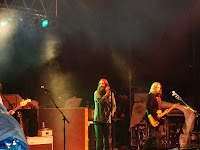 As they jammed, Old Man Saranac looked down from his bell tower and condemned us all to one heck of a night. 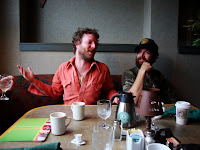 Morning came early and breakfast was cheap... a perfect combo until we do it all over again.
Posted by Adam Grace at 10:46 PM