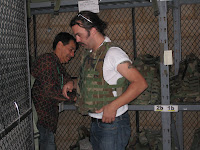 Early the next morning our guide and head of security, Sam, took us to obtain our IBA's. (Body Armour) Sam is a badass. Being an 8th degree black belt in karate and an ex-Navy SEAL, we always felt safe with him. 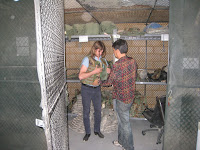 The reason we needed this body armour was obvious: Sometimes insurgents shoot at us! They also like to launch mortars at our vehicles and at the base in general. 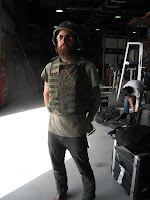 Once everyone was fitted, we were off for a top secret briefing by the Col. Jones. 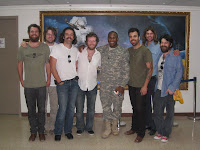 After much debate we decided that Col. Jones, the man in the middle of this picture, is NOT related to Tim Jones. 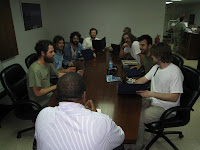 The top secret briefing was intense. They explained what their base, Arifjan, was responsible for in Kuwait. They also explained how important it was that we were performing for the troops.

We also were briefed on Area 51, the Kennedy assasination, and what happened to Atlantis. I wish I could explain more but we were sworn to secrecy! 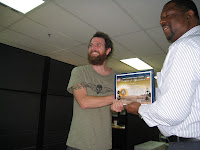 We were then awarded a certificate of apreciation for efforts and headed out to do a show at Camp Virginia. 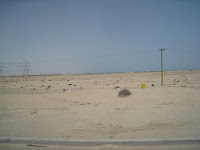 The drive was uneventful and the landscape is pretty much either desert... 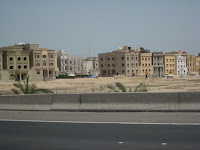 Or desert with houses. 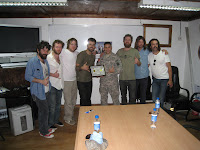 Once we arrived at Camp Virginia, we were given another certificate of appreciation and were off to set up for our first show. 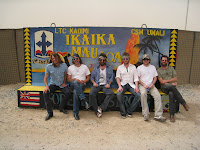 Alot of the troops who are at this base are from Hawaii. 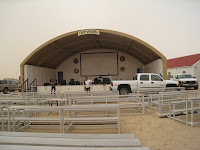 Here's the stage we performed upon. It was a great stage with plenty of seating for the audience. We were pretty excited to finally get to jam. You can see Franky and Tim doing the victory dance in this picture. 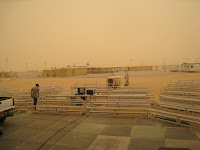 But then, a sand storm rolled in in a matter of minutes. When that happens, the wind picks up and blows sand everywhere. You can go from clean to filthy in a matter of seconds. You can see in this picture how the air changed to orange. 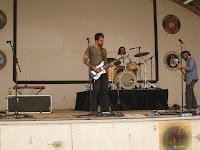 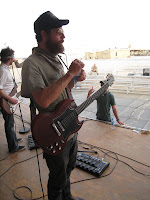 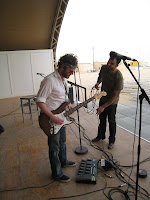 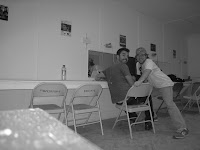 Backstage, we made the setlist. We were pumped!!! 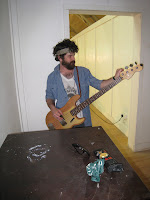 Right before the show, Joe tuned his bass, and we stepped out on the stage to a very packed house. 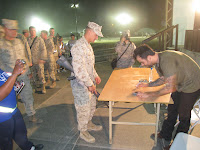 AFter the show, we gave out CD's and signed autographs. The troops were super excited and there was a great feeling in the air. The sand storm had passed. 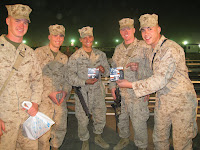 We want to give a BIG thanks to everyone at Camp Virginia.

We packed up our gear and drove back to Camp Arifjan. We were really tired from the day. Our sleep was cut short by a 1:45am call time to catch a flight to Iraq. That's when we got stuck in purgatory....
Posted by Adam Grace at 1:43 PM