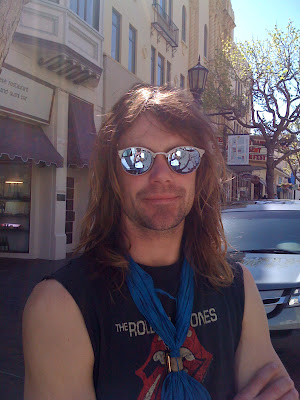 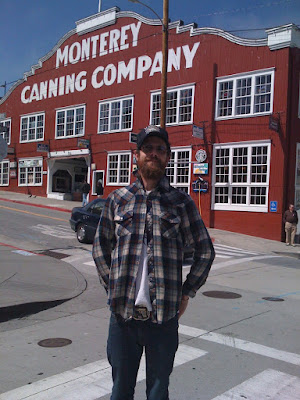 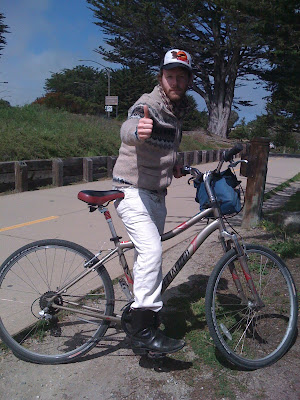 Luckily the "tour bus" brought us into Monterey at 4:30 am...so some of got to sleep in the next morning. Monterey has a host of things to do and the weather is great.

Walker was up early and off to surf all day long. A few guys from our crew and the band went to Cannery Row. (From the Steinbeck novel of the same name.) Scotty is standing in front of one of the old sardine canning factories.

We got bikes and rode along the waterfront. Here's a shot of Tim on his bike giving the all clear. Again the weather is stunning up in NoCal and Monterey gets the award for coolest little place in Cali. That is mostly because the people are so down to Earth here.

There is an strange feeling staying at the Hotel Monterey...which is reportedly haunted. We discussed the ghost situation with a bellboy who had worked there for several years and were told about a little girl who has been seen roaming the hallway on the 3rd floor. We didn't see any little girls BUT...we did have a strange encounter. More on this in a minute. 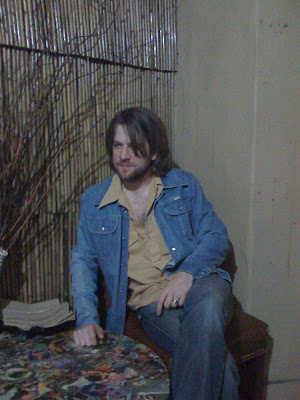 We sound checked at Monterey Live and prepared for the show that night. Here's a candid shot of me in the green room right before the show. The energy was buzzing down in the show room and the place was getting pretty full. Suddenly we heard sirens and firetrucks and a bunch of commotion. We ran outside and Scotty snapped a picture of a firetruck sending several firemen to the roof of the joint across the street.

False alarm I guess... we didn't see any flames.

The show went great that night. We want to thank all the folks from Monterey/Paradigm for your support. Especially JL...lunch was yummy.

When Tim and I got back to our room after the show, a heavy mirror had been moved from the wall, across the room, and onto my bed. A little freaky! Being a skeptic, I replaced the mirror and we wrote it off to a prank. But here's the thing... 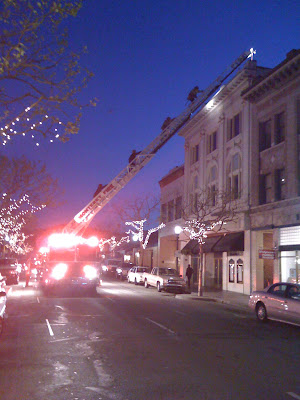 No one else had a key to the room. We both left the room together and locked the door. We both came back together and the door was still locked. No one could have gotten inside besides the maid/manager.

Here's the best part. After finding the mirror on the bed and replacing it, we both left the room again at approx 3:00 am to go down to Inman's room. We were gone for five minutes. On the way back up to our room we were taunting the ghost a little bit. Not good!

We opened the door to the room and... the freakin mirror was back on the bed!!!!

We were both a little bit scared...I'll admit. Didn't sleep so good that night.

The next morning we were off to Visalia. A pretty long driven awaited us and we killed the time 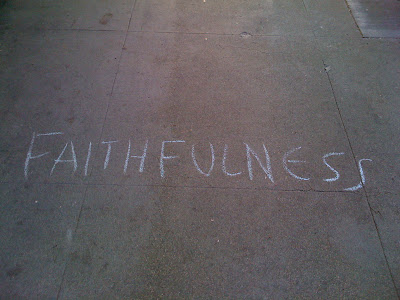 Visalia is another on a short list of places to retire. It's a beautiful city... a music loving city. There was some buzz in the streets about our show that night. The venue, The Cellar Door, treated us like royalty. We'll play there again.

The show was packed again and there was a great response to our music. Like I said...music loving city!

We headed out after the show and made the drive back to LA. We still had one more show to go: Hotel Cafe in Los Angeles. More on this later...
Posted by Adam Grace at 7:10 PM