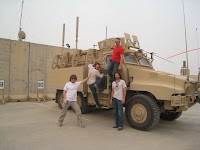 Today we were supposed to travel to Camp Apache but a nasty sandstorm came in and grounded all flights. Instead we went on a mission with some of the troops. It is very unlikely that a civilian gets to go on an actual mission... then again this whole thing is kind of crazy.

We put on our IBA's and got into these vehicles called MRAPS. These things are pretty bad ass. They are meant to survive attacks by roadside bombs and have saved many lives in the armed forces. We headed outside the gates of the base and drove the perimeter looking for insurgents or any proof that IED's had been placed by the road. We stopped when some Iraqi women approached the vehicles. She was just looking for some food so we gave her a cliff bar which she fed to her camel. I was confused...

Then, there was a suspicious part of the road so we stopped and lowered this infrared robot to check it out...false alarm.

The mission took a couple of hours and we came back to base ready to rock. Since we were grounded in Tellil we decided to do another show that night. This time we would bring the full electric set.
It didn't take long until word had spread on the base that we were going to rock that night at 20:00 hours. 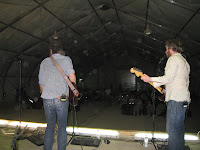 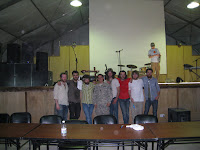 The show was great and by the end a huge crowd was there. We gave out CD's and signed autographs and took pics with many people. Again, everyone was super thankful that we were there. 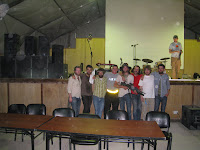 Right after the show, a man approached me and asked if we wanted to go to a bon fire on base. This man was Daniel and he's a bad ass jujitsu expert who was a Marine Sniper. Of course we said yes and boy are we glad we did.

Turns out, this was a party for the State Department guys (not regular Army). Everyone of these guys were special forces and now work in the private sector protecting our Senetors and President.

Being at this party was like being at an A list Hollywood party...everyone was either from Delta Force, Marine Force Recon, Green Beret, Navy SEAL, Army Rangers, or Marine Snipers. 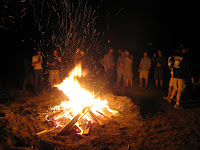 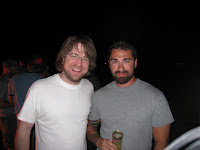 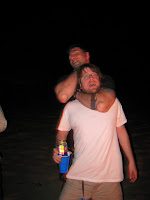 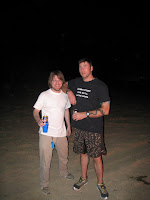 Here's Daniel who could kill me at any moment...notice that his bicept is as large as my head.

We hung out to the wee hours of the night and had a blast. Thanks to all you guys for a great night in the desert. 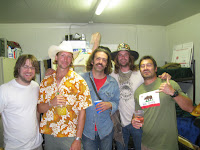 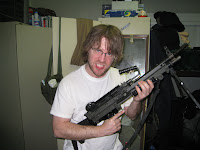 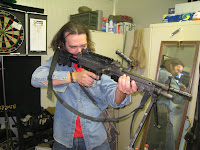 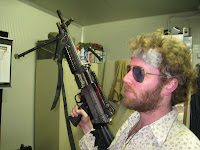 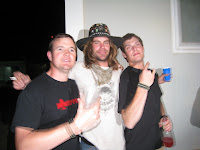 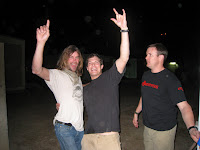 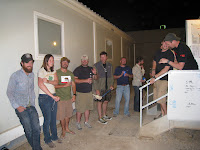 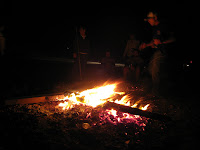