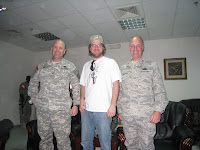 Today we got the all clear to fly to Baghdad. In the waiting room we met our first Full Bird Colonels. We found out that we would be getting on a new plane called a C-130. Both of these high ranking guys kinda chuckled when they heard what plane we would ride. Come to find out, a C-130 is like a mix between a roller coaster and a puke machine.

There's one little window on this plane and you are strapped to the wall. During landing the plane did a "combat landing". The plane suddenly dropped about 5000 feet and turned on its side. Our arms were dangling in front of us and the G Forces were so intense. Then, the plane swerves a bit and hits the runway with no warning! 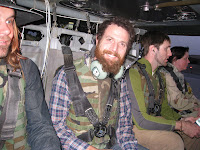 Things got better real quick as we were hustled to our accommodations for the next two nights: Saddam's Palace! More on this later.

Next, we were put onto our first Blackhawk Helicopter. Our equipment went in one and we went in another. You can tell by these pictures that we were beaming from ear to ear. 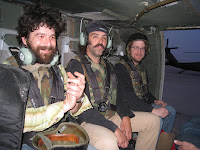 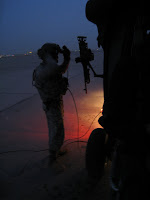 The gunner climbed behind his weapon... 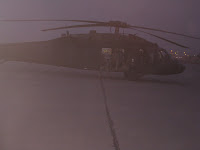 And we were off to do a show at this tiny base called Camp AQ. 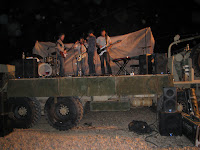 They had a stage set up for us(a flatbed truck of some type) and they were extremely excited to see some American music. We were the first band that had ventured out to this base since troops were stationed there. The response was amazing! 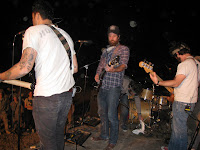 Then a massive sand storm rolled in during our set. Sand was everywhere but we kept on playing and they kept on dancing. 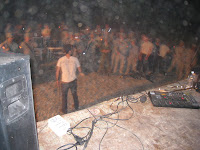 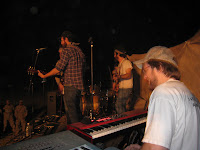 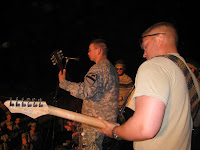 Then a couple of soldiers joined us on stage for an encore. These guys could really play! The crowd went nuts!!! 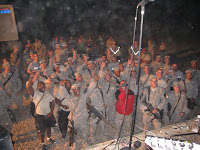 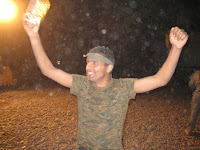 One of the Iraq special forces was having the best time of his life. He said his name was "John Rambo" and all he kept repeating was, "I love America... I love you!"


The sand storm got worse and we packed our equipment thinking we would Blackhawk back to our palace for an evening of fun... 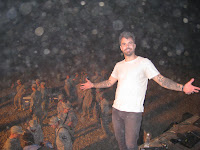 We were there for the night. 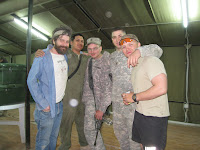 This base only had about 150 guys there and they did their best to make us comfy. 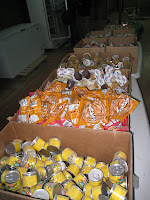 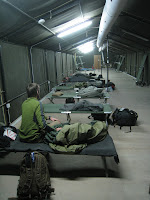 And our own tent complete with army issue cots...

I shot a few pictures before bed. Can you say Platoon? 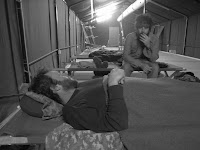 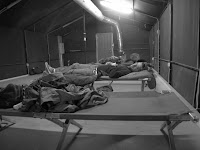 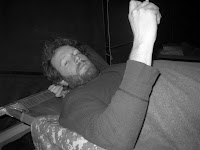